A Day in the Life of the Kaser Blast Booth 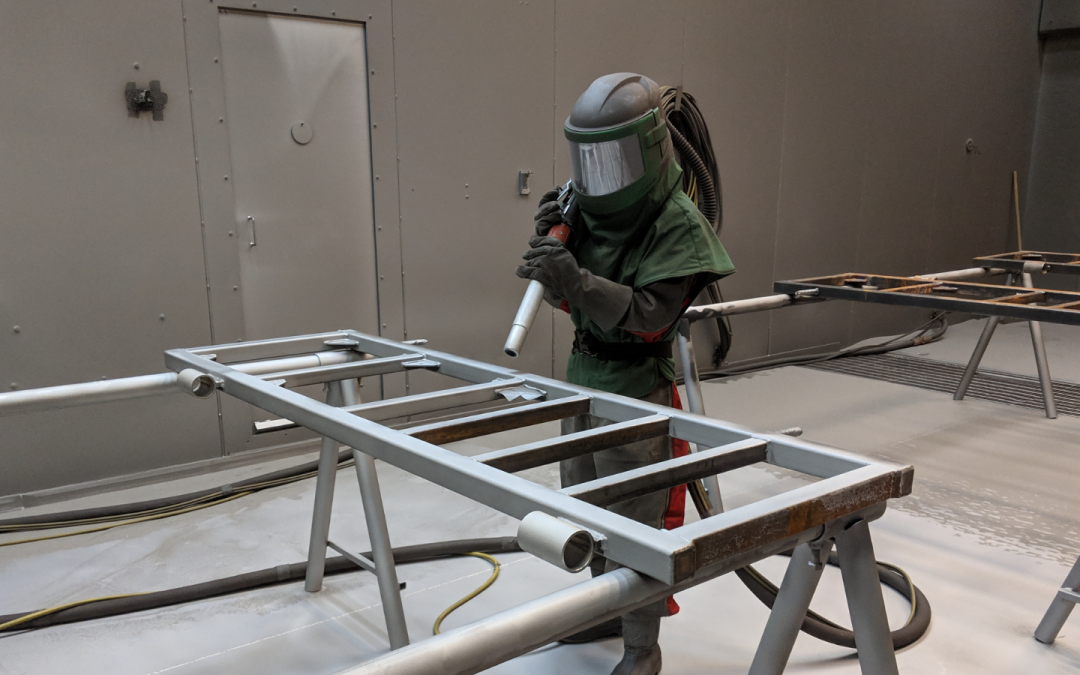 Kaser’s blast shop gets less social media attention than the powder shop. That’s not a reflection of how much I value the work; it’s simply that the powder shop is twice as busy and much safer to document, because there’s no blast media flying around.

As a result, I’m concerned that prospective employees may have some unanswered questions about what it’s like to work in blast.

So here it is: a day in the life of the Kaser blast shop.

Most days, there’s one person on blast duty. For the last fifteen years, that’s been Stan. He spends his time bouncing back and forth between the 50’ blast booth, which is where the large projects go, and the blast cabinet, which is where we handle small parts.

The blast booth is like a revolving door. Stan loads in a set of steel beams, blasts them to near white metal (which typically takes an hour or two), moves them out, cleans up the booth, and loads in a car frame (which takes another hour or two).

Lather, rinse, repeat. When things get exceptionally busy, Chauncey comes over to help.

It’s physically taxing. Stan’s on his feet all day pushing large parts around on carts, wearing heavy PPE, and wrangling a blast hose that’s pumping out abrasive media at 120 psi.

Contrary to popular belief, we do not use sand in the blast booth. Sand has largely fallen out of favor in the industry; it’s extremely dangerous, and has been tied to silicosis. Instead, we use crushed glass, aluminum oxide, or steel grit, depending on the project. While these are safer than sand, they can still cause injury to anyone not wearing proper PPE.

Anyone who wants to enjoy a long career in abrasive media blasting has to be very proactive about their own health. Stan is always on guard against injury – ear plugs are non-negotiable, a back brace is recommended, and he wears a full hood with supplied air (along with a suit and gloves) when he’s actively blasting.

If you’re a cautious, detail-oriented person who can handle physically rigorous work, consider applying for the blasting position. Stan is a patient teacher with a great sense of humor, and you’ll be hard pressed to find a mentor with more industry knowledge.

What I Need from a Forklift Operator

High Risk, High Reward: What to Expect When Managing A Lean Team 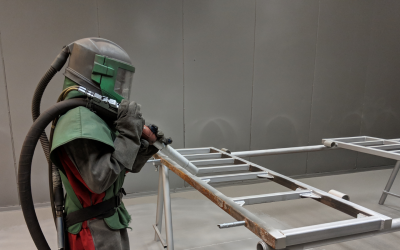 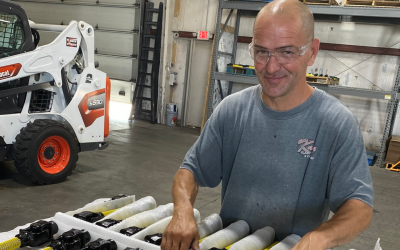 What New Hires Don’t Know About Working at Kaser 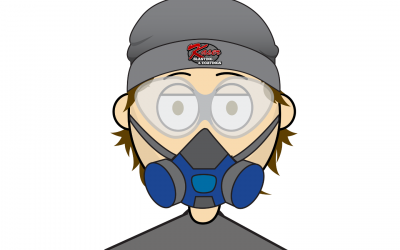 When Your Best Friend Wants To Hurt You: Staying Safe around MEK